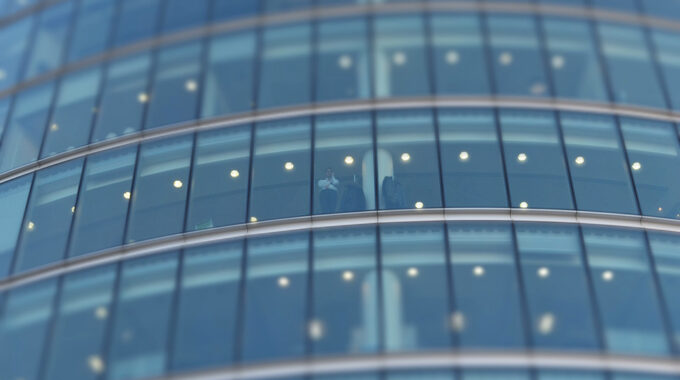 The Four Phases of Negotiation – Part 2

In my previous post, I walked you through the first two phases of negotiation: ask and convince. If your actions in those two phases hasn’t gotten you the results you want. It’s time to move on to the next two phases. And remember, at the end of this post is a list of resources for you to learn more about negotiating.

When convincing hasn’t gotten you what you need, the next step is to bribe. Offer them a solution by which their organization benefits. Never make your bribe something that will benefit the individual, your bribe should always benefit their organization. An example would be to offer to pay for a more expensive model if they will take their inadequate item back. Or pay for a better room when the freeway-view room they gave you just won’t do.

Before advancing to this phase, very carefully consider the consequences. I almost never try this tactic, as it can backfire horribly if one offers the wrong bribe. If you are unsure of the situation, then extreme caution is the best route. Listen to what the person is saying. They may tell you the appropriate bribe from their position. A trial bribe is sometimes the best route. For example, say, “So you are saying that if I buy the next model up with the features I need, you will take this one back.” If they disagree, you haven’t insulted them and can ask them to explain again what they are suggesting as a solution.

Remember that once you offer a bribe, you can never undo the offer. If you bribe your child to mow the lawn, you will have to pay them to mow the lawn forever more.

Another caution is that this step rarely works with employees, and never works on significant others. If you have an employee who needs to be bribed to do their job, then you should step way back and reconsider their job description. Perhaps they are the wrong employee for the job, or perhaps it is a job you will have to do yourself. When talking with your significant other, always stop at the convince phase.

Please don’t ever offer a bribe that is illegal. No one looks good in an orange jumpsuit.

This is the final phase of negotiation. And it should only be used a few times in your entire life, because it indicates that your relationship with the other side has completely collapsed. Now the only way to get what you need is legal force or public humiliation. When you reach this phase there is no going back.

But if you choose to proceed, carefully consider what the proper threat is. Be prepared to follow through on the threat you make, too. If you threaten to sue a company or write up an employee and they still won’t budge, then sue them or write up the employee. If you don’t follow through, they will know you were never serious. You’ll be forced to go away empty handed. If you are willing to go away empty handed and mad at the beginning, then just skip the threat phase. Instead, tell everyone you know about your bad experience.

I want to emphasize that threat is a last resort, not a starting point. By advancing to threat you are likely destroying any relationship you ever built with the other person. Just expect that this is the consequence and use this phase rarely, if ever.

A lawyer wrote a first negotiating step letter to a client of mine filled with the most extreme threat imaginable, felony theft charges that were completely absurd and unfounded. The letter completely poisoned our relationship from the first day. Worse, the threats made the lawyer look amateur and inexperienced by opening the dialog with pomp and bluster. Because of this lawyer’s initial threat position, I didn’t believe any of her further threats. I had been handed a very powerful negotiating position. Amazingly, the lawyer doesn’t even realize the terrible disadvantage she created for herself.

In my experience, the threat of public humiliation is the most effective threat. Telling all your friends not to do business with a certain company or tweeting about your experience is surprisingly effective. Standing in a crowded hotel lobby and in a loud voice complaining about no hot water is very effective. Many hotels and airlines have started monitoring Twitter and other social media accounts to protect their image. But use the knowledge of the power of public humiliation wisely and sparingly.

Many years ago, I built a house. The doors leaked from the first day. I worked with the distributor to get them to fix the problems under the warranty to no avail. They insisted that the doors weren’t installed properly. I advanced to phase three and offered to pay them to remove and reinstall the doors. They refused to even be paid to reinstall the doors. The problem dragged on for years. Finally, I was fed up. I called the owner and explained the situation. I told him I was going to take out a billboard on I-40 that said no one should buy his product or do business with him. He could tell I meant it. Suddenly he discovered that being paid to reinstall the doors was a completely acceptable solution.

When considering the phases of negotiation, always remember to follow them in sequence. This shows that you are a professional, rational person. Ask politely, convince logically, bribe appropriately and threaten almost never. Remember, as you advance step by step, you can never go back a step. Now go forth and negotiate what you need.

Resources on Negotiation
A search on amazon.com books for “negotiation” yielded 16,767 results. Many different topics are covered.

One of top results: Secrets of Power Negotiating, 15th Anniversary Edition: Inside Secrets from a Master Negotiator by Roger Dawson (Oct 20, 2010) http://www.rdawson.com/

Some of the top negotiation books according to Goodreads.com.

Getting to Yes: Negotiating Agreement Without Giving In (Paperback) by Roger
Fisher
average rating 3.75 — 14,775 ratings — published 1981

Getting Past No: Negotiating Your Way from Confrontation to Cooperation (Paperback)
by William Ury
average rating 3.77 — 1,142 ratings — published 1991

Difficult Conversations: How to Discuss What Matters Most (Paperback) by Douglas
Stone
average rating 3.94 — 2,590 ratings — published 1999

A Fresh Scam – Claim You Are Infringing on a Copyright

Today is the first day you can offer your employees a FICA (Social Security, 6.2%…